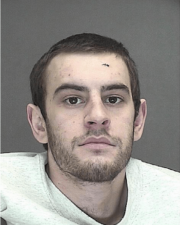 Have you ever wondered whether alcoholism is hereditary? If you have a parent, grandparent, or other family member who has struggled with alcohol addiction, the genetic link is definitely something to consider. While there are a lot of scientific studies to back up the fact that genetics influence alcoholism, is there a genetic link to drinking and driving too?

Not all alcoholics will drink and drive, and not all people who drink and drive are alcoholics, but because there are a few cases out there where both a parent and child have been arrested for drinking and driving. Take the recent crash of Daniel Boucher: the 27 year old has been charged with the drunk driving deaths of Hobart, Wisconsin couple Jim and Wendy Rush.

After the news was publicized the Local TV station discovered that there was a connection between Boucher’s recent drunk driving crash and one that happened 33 years ago. It turns out that Daniel Boucher’s father, Ross Boucher, was also convicted of drunk driving causing death due to a crash and death he caused.

Although they were both charged with similar offenses, Ross Boucher’s punishment would have been drastically different from what his son now faces. The father had a blood alcohol concentration (BAC) of 0.331 at the time of the crash, and he only served 5 years probation and was required to complete an in-patient rehab program at a hospital.

On the other hand, Daniel Boucher has been charged with felonies including homicide for his drunk driving crash, and although he hasn’t been convicted, if he is he’ll be serving jail time, will be required to pay stiff fines, will lose his driver’s license for a long period of time, and if he drives again, will be required to install an ignition interlock in any vehicle he drives.

You Can Refuse The Breathalyzer In Kansas
Next Post: Ignition Interlock Law In Honor Of Baby Not Moving Forward