Finally, Some DUI Statistics That May Help Improve Arrests

You are here: Home / Opinion / Finally, Some DUI Statistics That May Help Improve Arrests
July 15, 2015 by Matt Talley 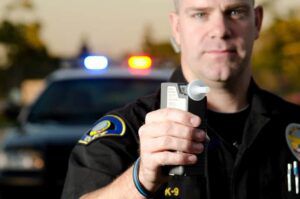 With public service announcements, campaigns to promote safe driving, and checkpoints on most nights, it’s absolutely astounding that people still make the decision to drink and drive. But drinking and driving they must be, because the latest statistics compiled by the National Highway Traffic Safety Administration showed that across the entire United States there were 1,166,824 driving under the influence (DUI) arrests in 2013 alone.

Although it’s obvious people are getting arrested for DUI, it’s not as obvious exactly where most of these arrests are happening. That’s why a drug addiction resource center called Project Know decided to compile some statistics on state-wide DUI and which state you’re more likely to get arrested. Here’s a few highlights of what they found:

Why is no one getting arrested in Boston?

Boston only had 792 arrests for DUI between 2011 and 2014, making it one of the few major cities with a dismal arrest record. Some have speculated that it was due to a lack of effort by local law enforcement.

Checkpoints not allowed in Washington State

There were 5,439 DUI arrests in Seattle, Washington between January 2013 to November 2014, and incredibly, Washington State does not allow checkpoints. That means that law enforcement is out there stopping drunk drivers one by one, and that’s good news for people who live in Seattle.

Data from the National Highway Traffic Safety Administration (NHTSA) states that over 10,000 people were killed in alcohol-related crashes in 2013, so statistics like these from Project Know can be put to good use to stop DUI across the country. Maybe this study will motivate hot spots like Alabama and Boston to step up their DUI game and improve their arrest records.