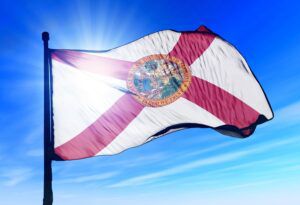 Florida, a state with a well known reputation for having intoxicated drivers on the roads, is finally making ground in the fight against drunk driving. The state is getting on board with the one law with the potential to shut these drivers down at the steering wheel: an all offender ignition interlock law.

Like many other states, Florida’s proposed new law could result in severe penalties for first time offenders. The bill, HB 949, states that an ignition interlock device will be required on an offender’s vehicle after a first drunk driving conviction, and that’ s a sharp departure from the current Florida ignition interlock law. Current ignition interlock law only requires that a first offender with a blood alcohol concentration (BAC) over .15 or someone driving with a minor in the vehicle be required to install the device.

Although there’s been opposition to such a law in the past, Florida’s potential new ignition interlock law has already passed its first hurdle by clearing the Transportation and Infrastructure Subcommittee. Now it has to go through two more committees before it hits the House floor.

With two more subcommittees to go, it’s anyone’s guess whether or not Florida’s potential all offender ignition interlock law will make it to the House, but if you ask organizations like Mothers Against Drunk Driving (MADD) and the families of drunk driving victims, they’ll tell you that this is a law that’s long overdue.