There’s A Bright Side To The Florida Ignition Interlock Program

You are here: Home / General Information / There’s A Bright Side To The Florida Ignition Interlock Program
January 24, 2018 by Matt Talley 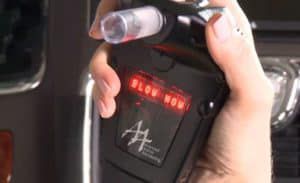 Taking part in the Florida ignition interlock program is a requirement for a Florida DUI, but only if a few conditions are met. First offenders need to install one if they are arrested with a blood alcohol concentration (BAC) over .15, and second, third, and other repeat offenders must use the device for at least a year after conviction.

When you are required to use an interlock, you can expect, as part of your Florida ignition interlock program, to stop driving after drinking any amount of alcohol. What you wouldn’t expect is that the very same device can also stop someone from stealing your car. Or, if it doesn’t stop that person, it can slow them down and record evidence too.

Need an example? A 17-year-old from Hillsborough County, Florida was recently arrested after he stole a car outside of a McDonald’s restaurant recently. The owner of the car was standing outside of the restaurant and had left his car running nearby. The teen decided to jump into the car and drive away, and when he did the owner gave chase.

The owner was dragged by the vehicle before he let go, and the teen took off. It was found abandoned the next morning, and although you’d think the teen got away free and clear, think again. Because of the Florida ignition interlock requirement, this teen was caught in the act.

Ignition interlock devices are equipped with a camera that records the driver providing a breath sample. This teen had to blow into the device to start the car, and he was most likely required to blow into it again for a rolling retest. Maybe he didn’t realize his photo was being taken every time he blew into it, but whether he knew or not, photographic evidence was easily obtained thanks to the interlock.

An ignition interlock is a penalty, and most people just want to get through their program, drive sober, and move on with their lives. But if you look on the positive side, that interlock can teach you to drive sober and, if you lose your car due to theft, it can help identify the thief too.

Drunk Driving In Texas Can Start With Just One Drink
Next Post: Oklahoma Drunk Driving Laws Are Changing, Again »