The Harshest States Vs The Most Lenient States For DUI

You are here: Home / Law / The Harshest States Vs The Most Lenient States For DUI
July 13, 2015 by Matt Talley 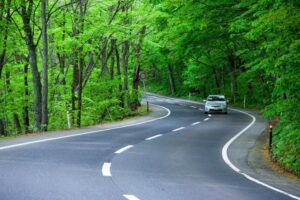 We all know that drunk driving is one of the biggest killers on the roads today, and we also know that the fight to stop drunk driving has been a long one. New Jersey had the first drunk driving law on record way back in 1906, and at that time they required someone who was intoxicated behind the wheel to pay $500 and spend up to 60 days in jail. Incredibly, over 100 years later, some states still only have $500 fines and a few even skip jail time for first time offenders.

That’s why it’s so interesting to look at WalletHub’s analysis of how each of the 50 U.S. states crack down on drunk driving. The results might surprise you.

Arizona is really cracking down on people who drive under the influence (DUI). If you’re a first time offender you’ll get a minimum jail term of 10 days, have your vehicle impounded, and you must install an ignition interlock device. Although Arizona has the harshest DUI laws, the state was closely followed by Alaska, Connecticut, and West Virginia.

If the DUI laws were harsher in 1906 than they are in your state in 2015, lawmakers aren’t doing something right. South Dakota has no minimum jail time for both a first and second time DUI conviction, and although a third DUI is a felony, the state does not require driver’s license suspensions or mandatory ignition interlock devices.

Having the least harsh DUI laws isn’t a distinction anyone wants, but South Dakota is closely followed by D.C., North Dakota, and Montana when it comes to avoiding a crack down on drunk drivers.

How many lives have to be lost before lawmakers in the least harsh states get in line and crack down on drunk drivers?

What’s The Difference Between DUI And DWI?
Next Post: Which States Have Ignition Interlock Laws?