Houston, You Have A Drunk Driving Problem

You are here: Home / News / Houston, You Have A Drunk Driving Problem
June 2, 2016 by Editorial Staff 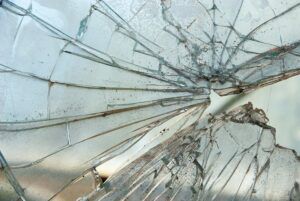 Drunk driving in the city of Houston and surrounding county has hit an all time high. Harris County, with a population of over 4 million people, is leading the entire country with the greatest number of drunk driving deaths. That’s not a distinction anyone would want for their home county, but with 5 different drunk driving deaths within an 8-day period, it doesn’t look like its going to improve its standing anytime soon.

May 22nd, 2016: One man in Houston was involved in a minor car crash and was taking photos of the damage when he was hit by a drunk driver. He died due to injuries sustained in the crash, and the driver has been charged with driving while intoxicated (DWI) and may face further charges.

May 21st, 2016: Just before that crash, three family members including a mother, father, and teenage son were struck while making a left hand turn. The man who hit them had been arrested three times for DWI and even spent two years in prison for one of his convictions. Now he’s been charged with three drunk driving deaths, and this time those charges include felony murder. He may be facing life in prison if convicted.

Saturday, May 14th: Losing an entire family to drunk driving is unfathomable, but thanks to drunk driving, one young girl never made it home from her prom. A suspected drunk driver was trying to get away from police and was driving erratically when he ran a red light and drove straight into a car with two 18 year old teens inside. One died at the scene, while the other was taken to the hospital with serious injuries. The driver has been charged with felony drunk driving causing death.

3 separate cases, all within 8 days. It’s enough to make sober drivers fear Houston roads, and with summer on its way, there’s always the worry that it could get worse.

Watch Out Florida Drunk Drivers: Police Are Ready For You
Next Post: These Apps Could Stop You From Drinking And Driving