Only Ignition Interlocks Could Stop This Drunk Driving Crash

You are here: Home / General Information / Only Ignition Interlocks Could Stop This Drunk Driving Crash
September 7, 2016 by Matt Talley 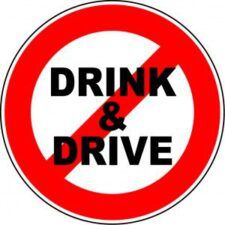 That’s why alcohol-related crashes are hard to comprehend. Why would anyone get behind the wheel of a car if they were so drunk they could barely stand let alone drive? Take a recent drunk driving crash in Texas as an example: after spending the day on a float in the river, Shana Elliott got behind the wheel and began driving home.

According to police she was severely intoxicated, and shortly after she began driving she crossed the center line of the road and crashed into two people driving in the opposite direction. Fabian Guerrero-Moreno died from his injuries while his wife Kristian Guerrero, who was five months pregnant at the time, lost her baby and suffered serious injuries.

Elliot has been charged with intoxication manslaughter, a second-degree felony, and intoxication assault, a third-degree felony. Those charges will effectively put her behind bars and keep her off the road for the near future, but what happens when she does resume driving again?

The Texas ignition interlock law will stop offenders like Shana Elliott, someone who has caused injury and death because of a choice she made to get behind the wheel. Once she’s released she’ll be required to drive with an ignition interlock in her vehicle, and that will prevent her from making the choice to drink and drive again.

It took a long time for Texas to pass their all offender bill, but it even if one more family can be spared having to live through a crash like this one, the steps it took to pass the law will be worth it.

Missouri Drunk Driving Leads To Ignition Interlocks
Next Post: What Do You Have To Do To Get A 50 Year DWI Sentence?