You are here: Home / Law / Ignition Interlock And DUI Laws In Idaho
September 22, 2014 by Matt Talley 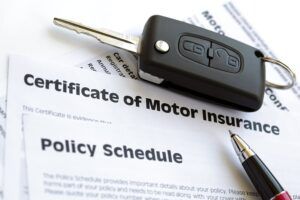 When you’re behind the wheel, alcohol can affect your coordination and slow your reaction time to the point where driving can become dangerous to you and everyone on the road with you. Ignition interlock and driving under the influence (DUI) laws are designed to keep people safe, and each state has their own unique set of laws and penalties to keep drinking drivers off of the road.

In Idaho, you are considered to be driving under the influence if you have the following blood alcohol concentrations (BAC):

The Idaho Transportation Department notes that, if you are under the influence of another intoxicating substance, you can still be charged for DUI even when your blood alcohol concentration is less than .08%. Idaho also passed an ignition interlock bill requiring repeat offenders to install interlock devices as part of the penalty requirements after a DUI charge.

For a first time DUI offender in Idaho, the penalties are:

Second time DUI offenders who receive a DUI charge within five years of the first will receive:

Idaho ignition interlock and DUI laws are designed to keep drinking drivers off of the road, and even one or two drinks can result in your being too intoxicated to drive. If you’re drinking at all, call a cab or give the keys to someone else.

Pocket Breathalyzers – Are They Accurate?
Next Post: What You Need To Know About Monitoring Your Guardian Interlock