Pushing Toward Better Ignition Interlock Laws Across The USA

You are here: Home / Law / Pushing Toward Better Ignition Interlock Laws Across The USA
September 2, 2014 by Matt Talley 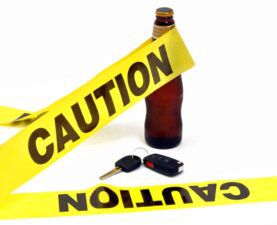 It’s hard to believe Mothers Against Drunk Driving (MADD) has been working on their Campaign to Eliminate Drunk Driving since 2006, and they’ve made so much progress in requiring states to pass all-offender ignition interlock laws. From only one state requiring interlocks in 2006 to 24 states in 2014, they’ve reduced drunk driving deaths by 24% overall.

This past week, Connecticut government officials took part in a bill-signing ceremony to ratify a law requiring ignition interlocks for all first time driving under the influence (DUI) offenders. Beginning on July 1st, 2015, the new law will give the Department of Motor Vehicles (DMW) the power to administratively require the installation of the devices on all vehicles of first time DUI offenders.

Connecticut joins Alabama, New Hampshire, Delaware, and Mississippi in signing all-offender interlock bills in 2014, and there are currently 4 states working to pass similar bills. Other states focused on closing any loopholes and improving interlock laws. Take South Carolina for example – the recent passing of Emma’s Law requires ignition interlocks for all repeat drunk driving offenders and any offender who drives with a blood alcohol concentration (BAC) of .15 or more. As MADD has stated, South Carolina has one of the worst drunk driving records in the USA, and passing Emma’s Law is an important step in reducing drunk driving fatalities.

Florida is another state with recently improved interlock laws. Instead of vehicle impoundment, judges in the state can now order an ignition interlock installation for first-time DUI offenders who have a BAC of .08 to .14. They’ve also appointed a legislative study committee to consider an all-offender interlock law.

Although it’s clear significant improvements have been made since 2006, MADD will continue to push for better DUI laws, and they’ll continue asking more states to pass all-offender ignition interlock legislation in an effort to keep roads safe for everyone.

Ignition Interlock And Drunk Driving Laws In Colorado
Next Post: Kick Off The School Year By Talking About Teen Drinking And Driving