You are here: Home / Law / Ignition Interlock And DUII Laws In Oregon
December 15, 2014 by Editorial Staff 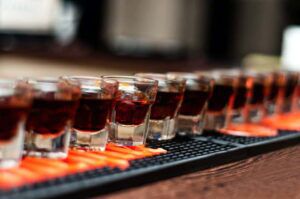 Oregon has their own classification for driving under the influence (DUI) – driving while under the influence of intoxicants (DUII), and this broad category covers everything from liquor to a substance like marijuana. If you’re convicted of DUII in Oregon, you’ll receive penalties like a driver’s license suspension, fines, jail time, and the possibility of an ignition interlock system.

Like many states, Oregon has an implied consent law. That means by the very act of driving a vehicle in the state, you’re required to submit to a breath, blood, or urine test if a police officer asks you to take one. If you refuse to take a test, you’ll lose your driver’s license for 1 year to 3 years depending on if you have a previous DUII offense on record.

For a first time DUII offender in Oregon, the penalties are as follows:

Oregon also has a DUII diversion program, and if you complete the program you will not have a DUII conviction on your record. You’ll have to qualify for the program as well as pay the fees including $490 for the program plus $150 for alcohol screening. You’ll also have to install an ignition interlock system in your vehicle and not drink alcohol for the duration of the 1-year program.

Receiving a DUII in Oregon is no laughing matter, and all it can take is one or two drinks before you’re over the legal limit. For more information on Oregon state DUII laws, visit the Guardian Interlock Oregon page.

MADD Holiday Tree A Painful Reminder For Louisiana
Next Post: History Of The Breathalyzer