Even State Senators Are Using An Interlock Device

You are here: Home / General Information / Even State Senators Are Using An Interlock Device
December 22, 2014 by Matt Talley 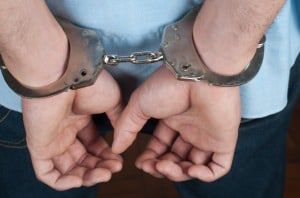 Anyone can make the choice to drink and drive, and that includes women and men of all ages. It doesn’t matter what type of job you have either, so it’s funny how surprised people are when they hear about public officials being arrested for driving under the influence.

It’s true these are the people who have a direct hand in creating and passing the laws for the states they live in, and they should know first hand the potential outcome and specific penalties levied as a result of drinking and driving, but we continue to see these stories pop up in the news.

One of the latest government officials to plead no contest to a driving under the influence (DUI) charge is Sen. John Horhn of Jackson, Mississippi. For his crime he was given a 48 hour suspended jail sentence, ordered by a judge to install an interlock device in his vehicle for 120 days, and attend the Mississippi Alcohol Safety Education Program (MASEP).

Sen.Horhn also joins a list of other Senators who were also arrested for drunk driving. Here are just a few from the past six months:

Yes, even government officials may make the choice to drink and drive. When they do, they receive penalties like fines, potential jail time, and an interlock device just like as any other DUI offender in their state, and that’s a good thing.