Interlock Devices Now Required For All Offenders In Mississippi

You are here: Home / News / Interlock Devices Now Required For All Offenders In Mississippi
November 3, 2014 by Matt Talley 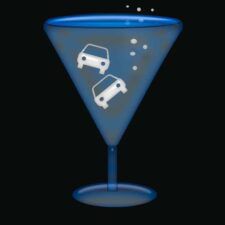 It may take a few weeks to fully put into place, but drivers on Mississippi roads should begin to feel safer for all drivers now that a new state law for interlock devices have finally come into effect.

Signed into law in April of 2014 by Mississippi Governor Phil Bryant, the new ignition interlock laws require first time convicted drunk drivers with a BAC of .08 or greater to request an interlock instead of a license suspension. This changes the previous interlock law where an interlock device could be only requested by a judge for second DUI offenders.

Previous Mississippi DUI laws required first offenders to pay up to $1000 in fines and have their driver’s license suspended for a period of 90 days. The offender was also eligible to ask for the license suspension to be reduced if they had difficulty getting to and from work on public transportation. With the new law, they can no longer ask for that privilege, and they are required to use the interlock device for 90 days.

A second DUI conviction in Mississippi previously resulted in the offender spending 5 days up to one year in jail, paying fines up to $1500, and losing their license for a period of 2 years. Interlock devices will now be required for repeat offenders for a period of time that varies according to their offense.

This is a great step forward for the state of Mississippi, and especially for all first offenders who struggle with the 90-day license suspension. According to Mothers Against Drunk Driving (MADD), interlock devices will reduce the likelihood that a drinking driver will drive under the influence again, so requiring them for all offenders should work to promote safe driving practices.

Another bonus for Mississippi drivers? The state will now receive funds under the highway-safety grant program.