Is Your Pilot Drunk?

You are here: Home / General Information / Is Your Pilot Drunk?
September 2, 2015 by Matt Talley 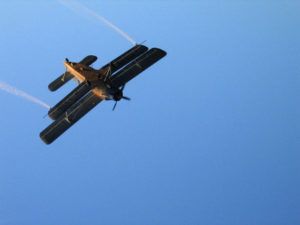 Unfortunately intoxicated people also get behind the wheel of other vehicles you wouldn’t normally associate with drunk driving. With commercial flight so heavily regulated, you may not consider that your pilot and his flight crew could be drunk, but that’s exactly what happened on a recent flight from Oslo, Norway. The flight with 109 passengers on it was delayed when almost all of the crew members failed breathalyzer tests.

What happens when a pilot fails a breathalyzer? To start, the passengers sit on the tarmac for a long time. Once the captain, first officer, and two flight attendants exited the plane into a waiting police car, the passengers waited 5 hours for a new crew to arrive.

Police were tipped off because of the crews behavior on the plane when the passengers were loading, and when the results of the breathalyzer came back, 4 out of 5 of the crew blew above the legal limit of .02 promille. That’s .02 blood alcohol concentration (BAC) and like the USA commercial driver limit, it’s the limit set for pilots, cabin crew, air traffic controllers, and others.

Most airlines have a zero tolerance policy for drinking on the job, and the crew in Norway could see up to two years in prison for the violation.

For some, flying is scary enough, but this is one of those news topics that really makes you wonder whether the pilots manning your airplanes have been sober.

Drunk Drivers Out In Full Force On Labor Day
Next Post: Drinking Mom Gets 4-Year-Old To Blow Into Her Ignition Interlock