Should You Refuse A Breathalyzer?

You are here: Home / General Information / Should You Refuse A Breathalyzer?
August 12, 2015 by Matt Talley 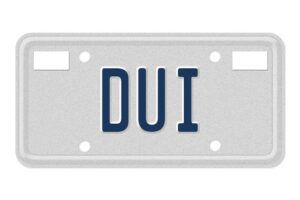 Drinking and driving is something that people tend to not worry about until they’re getting stopped at a checkpoint or they’ve been pulled over for suspicion of drinking and driving. If you’ve had one or two drinks, you’ll be spending those first few minutes trying to decide what you’ll do if the officer asks you to submit to a breathalyzer test.

Chances are, he probably will ask you to blow into a breathalyzer, so what happens if you decline his or her request and opt to not give a breath sample? Despite what you can read on the Internet about your right to decline a breathalyzer test, if you’ve been drinking and driving, declining the breathalyzer isn’t going to help you avoid penalties for driving under the influence (DUI).

That’s because most states have something called Implied Consent, and that means just by applying for a drivers license in your state, you agree to submit to a breathalyzer test if you’re asked to take one. If you say no to the test, you’ll be subject to penalties that are, in some cases, almost exactly the same as if you were arrested and convicted for drinking and driving. Take New York for example—if you refuse a breathalyzer in New York state, you’ll lose your drivers license for an entire year. That’s exactly the same as the penalty when you’re arrested for drinking and driving.

It’s against the law to drive under the influence of alcohol in every state, and if you do you’ll receive penalties including possible jail time, drivers license suspension, and the possibility of a having an ignition interlock in every vehicle you drive.

The only way to avoid those penalties is to not drink and drive. You might read somewhere that you have the right to refuse the breathalyzer, but in the long run you’ll end up in the exact same position.

San Diego Launches Underage Anti-Drinking And Driving Program
Next Post: Life After A DUI In Georgia