Life After OWI In Wisconsin 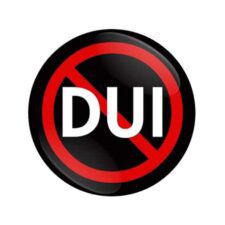 After a survey by the National Survey on Drug Use and Health in 2008, Wisconsin was named the worst state for drunk driving in the entire USA. Over ¼ of adult drivers stated that they’ve driven drunk before, and 45% of fatal car crashes in Wisconsin involve alcohol.

Although Wisconsin takes the top spot for amount of drunk drivers in the USA, the state doesn’t have overly harsh operating while impaired (OWI) laws.

Here’s a look at what life is like after an OWI in Wisconsin.

There’s a lot of regret that comes along with operating while impaired charge, and that regret will start the moment you see police lights flash and you know they’re meant for you. Even one or two drinks can net you an OWI charge in Wisconsin, because the state has very specific language to cover each and every possible incidence of intoxicated driving.

You can be charged with OWI for any of the following:

If you’re pulled over and you the officer suspects you of OWI you’ll be asked to submit to a breathalyzer or perform field sobriety tests designed to assess if you’re under the influence of narcotics. If you fail, you’ll be arrested for OWI, and that’s when the real regret begins.

You might regret having to pay the fines and OWI surcharge. Fines range from $150 to $300 and the OWI surcharge is $365. You’ll have to pay for a Drug and Alcohol Assessment fee you’ll be required to undergo too.

You’ll really regret losing your drivers license for 6 to 9 months, because that means you’ll be taking the bus or cabs to and from work or where you need to go. The only good news is that you may qualify for an occupational drivers license. You can go to the Wisconsin Department of Transportation to determine whether or not you qualify, but if you do, you may be able to drive a vehicle to and from home and work or home and school.

Compared to other states, Wisconsin has a lighter set of penalties for first time drunk drivers, but that could change if lawmakers change the laws and close off loopholes allowing drunk drivers to keep driving. At that point, we may finally start seeing a drop in Wisconsin’s OWI rate.