Life After A DUI In Florida 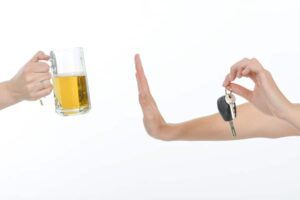 For a lot of people, there isn’t a better place to live or vacation than Florida. The state ticks all the boxes as far as livability is concerned, with sunshine, beautiful beaches, and an endless list of places to go and things to do.

The amenities may be why thousands of people flock to the Sunshine State, but some of them stay longer than planned because they were caught in the vacation vibe and made the choice to drink and drive. When you drink and drive in Florida, the vacation is definitely over.

Here’s a look at life after a DUI in Florida

When you’re pulled over for suspicion of DUI in Florida, you’re going to be asked to perform both field sobriety tests and submit to a breathalyzer test. You might be tempted to say no to the breathalyzer, thinking it could only hurt you in the long run, but you’d be wrong if you do.

People in Florida really seem to want to refuse a breathalyzer test. A whopping 40% of people refuse to submit a blood alcohol concentration (BAC) via a breathalyzer when asked, prompting Mothers Against Drunk Driving (MADD) to call for harsher penalties for non-compliance. Right now, if you don’t submit a breath sample, you’ll lose your driver’s license for a minimum of one year.

What happens if you do submit to the breathalyzer and you blow over .08? To start, you could be going to jail. A judge in Florida could decide to send you to jail for up to six months. If you decided to drink and drive in Florida with a minor in the vehicle, you’re going to be subject to harsher penalties. Just like second time DUI offenders in the state, you could receive up to 9 months in jail. You may also need to report to a probation officer for one year.

Fines in Florida aren’t as harsh as some states, but you’ll still pay up to $500. As for driving again, you better forget about that for awhile—after a Florida DUI you’ll lose your driver’s license for a minimum of 180 days, and if you’d like to apply for a restricted license, you’ll be required to install and pay for an ignition interlock device. Your driver’s license will have a ‘P’ designation on it indicating an ignition interlock is required, so you won’t be able to disable it or skip it without severe consequences.

Florida is a lot more fun if you don’t drink and drive, so if you’re visiting the sunshine state, stay sober or take a cab when you’re out and about.

When Parents Are Caught Driving Drunk With Kids In the Car
Next Post: Should The USA Follow Scotland’s Example And Drop The Blood Alcohol Limit?