Life After A DUI In Pennsylvania

You are here: Home / General Information / Life After A DUI In Pennsylvania
August 19, 2015 by Editorial Staff 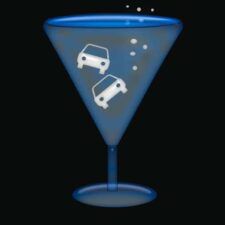 Pennsylvania has what’s known as DUI grading, otherwise known as a sliding scale for anyone convicted of driving under the influence (DUI). That grading scale means that when you’re stopped for suspicion of DUI in Pennsylvania, you’re going to hope your blood alcohol concentration (BAC) isn’t high enough to take you from the slight penalties to severe.

Here’s a look at life after a DUI in Pennsylvania

Imagine you’re out for the night and you have a few drinks with friends. You feel sober enough to drive, so you get behind the wheel and head for home, only to see flashing lights in your rear view mirror.

This is the point where your BAC is really going to make a difference, because to confirm his or her suspicions, a police officer will ask you to submit to a breathalyzer. Because Pennsylvania has an implied consent law, if you refuse you’ll receive a one-year drivers license suspension.

You blow into the breathalyzer and your BAC reading comes up. If it’s between .08 to .099% and you haven’t crashed and injured or killed anyone, had a minor in your vehicle along for the ride, or have a previous DUI offense on record, you’ll be subject to the first tier of DUI penalties. Your charge will be an ungraded misdemeanor and you’ll receive a mandatory six months of probation, $300 in fines, and no drivers license suspension of any kind.

For those who have made the mistake of drinking and driving with a BAC that’s double the legal limit of .08, registering .16 and over on a breathalyzer, you’re in a for a rough road. A first offender with a BAC of .16 and over will receive jail time from 72 hours up to 6 months, fines up to $5,000, and a drivers license suspension of 12 months.

This is just what you can expect your penalties to be if you’re a first offender in Pennsylvania. If this is your second DUI, you can add a few penalties to your list including a mandatory ignition interlock installation in any vehicle you drive.

Stay safe in Pennsylvania and don’t drink and drive. That way you’ll never know what life’s like after a Pennsylvania DUI.

Police Officers Can And Will Be Charged With DWI
Next Post: It’s A Crime To Refuse A Breathalyzer In Minnesota