Life After DUII In Oregon

You are here: Home / Uncategorized / Life After DUII In Oregon
May 13, 2015 by Matt Talley 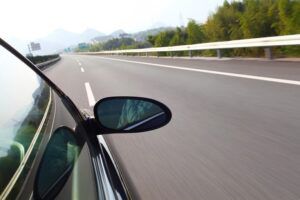 Oregon is a great place to live, but receiving a driving while under the influence of intoxicant (DUII) conviction has the potential to change your life, and it definitely wouldn’t be for the better.

Let’s start with what will happen if the police stop you and you turn down a breathalyzer. In Oregon, that’s a big mistake, because the state has an implied consent law. Implied consent means that if the police suspect you of drinking and driving and you turn down a breathalyzer, you will immediately lose your driver’s license for 1 year. If you choose to decline a breathalyzer test more than once, you can lose your driver’s license for up to 3 years.

Life after a first DUII offense in Oregon

Rolling green hills, bustling cities, and the ocean just hours away—if you decide to drink and drive and you’re charged with a DUII in Oregon for the first time, you can say goodbye to the scenery for awhile because you may be going to jail. First offenders in Oregon will spend anywhere from 48 hours up to one year in jail. If you don’t receive jail time, you’ll be putting in up to 80 hours of community service.

But the ordeal isn’t over just because you completed your jail time. That DUII will also empty your bank account, because a fine for a first offender in Oregon will run you approximately $1,000. In addition to those fines, you’ll have to pay for an ignition interlock device after your 90-day driver’s license suspension, and you’ll have that monthly cost to cover for an entire year.

And last but not least, to make sure you don’t make the choice to drink and drive again, you’ll be required to attend a Victim Impact Panel called ‘Trauma Nurses Talk Tough.’

There is good news though—you may qualify for Oregon’s DUII diversion program. If you do, you won’t have your first DUII register on your permanent record. If you qualify, you’ll have to pay extra fines, install an ignition interlock device in your vehicle, and commit to not drinking alcohol for the entire year of your program.

Once you see what life is like after a DUII in Oregon, you’ll agree that it’s not even tempting to put the keys in the ignition after drinking.

Binge Drinking Is Dangerous To Your Health In More Ways Than One
Next Post: Can You Enter Canada With A DUI On Your Record?