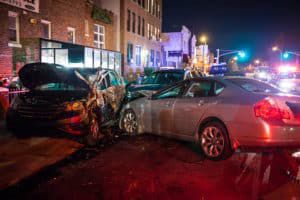 A Texas law firm has been paying attention to drunk driving in the state, in order to answer the question: Where are you most likely to be killed by a drunk driver in Texas?

Why ask the question? Drunk drivers are dangerous everywhere – they injure, kill, and cause sorrow and distress in every city and county.  But perhaps focusing on fatalities will get the attention of those who have the ability to prevent this crime. A drunk driver, after all, kills one person every 51 minutes in this country.

The list, compiled by Sutliff & Stout Injury and Accident Law Firm, uses TXDOT data to calculate which major towns and cities have the most DUI fatalities per capita.

As it turns out, these cities are the ones that came out the worst. The numbers refer to the number of alcohol-related fatalities per 100,000 population.

What can we learn from this list? The cities range from Houston, with a population of 2.3 million, to San Marcos, which has just 62,000 people.  Geographically they are all over the map, and their economic and demographic profiles are different.

Here are some possible factors that unite this cities in this unhappy group:

There may be other reason, and we hope that other public-spirited institutions follow the example of Sutliff & Stout and dig into the data to reveal more about how and why we drink and drive, and how we can prevent it.

Previous Post: « Driving Drunk With a Child in the Car Equals Child Abuse
Next Post: DUI in Colorado: What is “Per Se” and “Implied Consent”? »