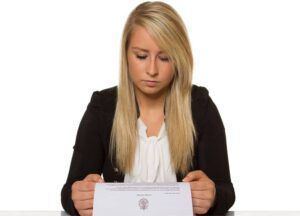 Utah has been talking about it for a long time and now they’ve finally done it: the State Legislature has passed a bill that will lower the drunk driving BAC in Utah (blood alcohol content) from .08 to .05.

House Bill 155 was passed in a vote of 18-11, and because it’s passed the House too, it’s now on its way to the Governor’s desk for a signature. If it’s signed as soon as the Governor has promised, Utah will officially be the first state in the USA to lower the legal BAC level for drunk driving below .08.

That’s a huge leap for Utah, and it wasn’t a law that was passed lightly. Opponents included the American Beverage Institute who felt as though lowering the drunk driving BAC in Utah was a shot at the state’s hospitality and tourism industries, and that they should focus on repeat offenders, not people with low BAC.

But there’s something that lawmakers in Utah must be catching onto, and it’s what opponents to the new BAC in Utah are missing: even at lower BAC of .04, alcohol has the power to affect your reflexes and coordination, so drinking any amount of alcohol at all can alter your driving skills.

That’s exactly why opponents to the lower drunk driving BAC in Utah should take a look at other countries, especially up north. Saskatchewan, a province in Canada with the worst drunk driving record in the entire country, just decided to crack down on their drunk drivers by lowering their BAC to .04.

It was a first for Canada too, and now if you’re stopped in Saskatchewan with a BAC of .04 or higher you’ll have your vehicle seized for three days. It’s even harsher if your BAC is over .08 or you refuse to provide the arresting officer with a breath sample: in that case you’ll have to install an ignition interlock for two years.

A little support doesn’t hurt in situations like these, and maybe knowing that neighbors to the north have an even lower BAC will make Utah lawmakers feel even more confident in the new law.

The Ins And Outs Of A Drunk Driving Offense In California
Next Post: Friday Fallout: Rooster The Star Of Crazy Drunk Driving Story