Law For Minnesota Ignition Interlocks Could Soon Be Changing

You are here: Home / Law / Law For Minnesota Ignition Interlocks Could Soon Be Changing
April 15, 2016 by Matt Talley 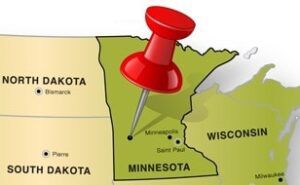 It’s beginning to look a lot like Minnesota ignition interlocks for offenders in the state, or at the very least it’s on the table and being discussed thanks to a new bill that could change how driving under the influence (DUI) offenders are penalized.

Rep. Norton is still working toward an all offender law, but she’s putting her support behind Rep. Kelly’s bill in the hopes it will be pushed through and she can get it to go a bit further.

Minnesota has long had a DUI problem, and one of the reasons why may be that current DUI law only requires people to choose between a 90 day driver’s license suspension or one year with an ignition interlock. Instead of signing up for the ignition interlock, people are simply skipping it and driving on a suspended license.

To fix that issue, Rep. Norton wants to lengthen the period of driver’s license suspension and make penalties harsher for people who drive on a suspended license. That way, people might choose the ignition interlock instead of hoping they don’t get caught driving on suspension.

If the new law passes, a first time offender will need to install an ignition interlock in Minnesota for at least one year, and they won’t have the option to remove it after that one year period unless they’ve successfully driven sober for 180 days. If they have two or more convictions, they’ll have to install the ignition interlock for a longer period of time.

When the dust settles, will Minnesota ignition interlocks be required for all offenders? It’s high time for a change.