It Was A Year Of Change For Mississippi Drunk Driving Laws

You are here: Home / Law / It Was A Year Of Change For Mississippi Drunk Driving Laws
May 30, 2016 by Matt Talley 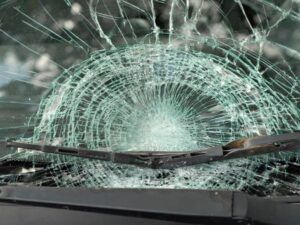 When something isn’t working in your life, you take steps and make a change. The same thing goes for drunk driving laws: when they aren’t working and repeat drunk drivers are slipping through the cracks, it’s time to change those laws and really crack down on drunk drivers.

The state of Mississippi knows this, and they’ve made big changes to their drunk driving laws over the past year. In 2015 Mississippi became the 22nd state to pass an all offender ignition interlock law, and just this year they’ve changed jail time requirements for repeat offenders. Now if you receive a second, third, or fourth driving under the influence (DUI) charge in Mississippi you’ll spend anywhere from six months to ten years in jail. They’ve also made it mandatory that the Mississippi Department of Safety create and maintain a database to keep track of and communicate the records of offenders and their convictions.

These changes, especially the database, is targeted specifically at repeat offenders like Melandus Penson. He’s the driver in a crash that killed two young girls after wracking up a whopping seven DUI charges since 2008, some of them spaced only two months apart.

Penson was out partying on May 31st, 2015 when he crashed into a van carrying 17 year old Mattie Kruse, Rachel Lynch, and three other people. Both girls died shortly after the crash, and when police took his blood alcohol concentration (BAC) they found him to be double the legal limit at .17. Thanks to his previous DUIs, two of which happened in 2015, he was driving on a suspended license.

With no county to county communication between police and the courts, the arresting officers had no idea when they stopped him that he was a repeat offender, and because he was free to drive again, he’s taken the life of two young girls. For that crime, Penson received a sentence of 120 years that the judge reduced to 60 years.

Sometimes change only comes through tragic circumstances. The only good that’s come from this crash is that Mississippi has changed its drunk driving laws to actively stop it from happening again. It won’t bring back two innocent girls who have lost their lives, but it might prevent another crash like it from happening.