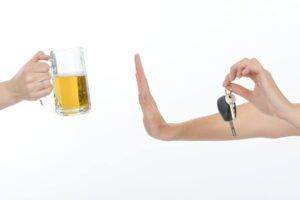 According to New Mexico implied consent law, the police have the power to force you to take a breathalyzer test. If you refuse, they can charge you for that refusal or ask you to submit to a chemical test. When one woman arrived at a DWI checkpoint in 2011, she did submit to two breathalyzer tests. Her score on both tests was 0.04.

The arresting officer suspected she was high on drugs, so he asked her to submit to a blood test too. She refused the blood draw, and the officer charged her with both DWI and refusal to submit. When she went to court she appealed the refusal to submit charge.

Because there was no warrant on record and the offender hasn’t injured someone, the New Mexico Court of Appeals overturned her charge. That’s when the state prosecutors appealed to the Supreme Court, but that didn’t change the outcome: the Supreme Court agreed with the court of appeals.

New Mexico implied consent law is there to protect drivers in the state, and it still stands despite the Supreme Court ruling about requesting blood work. There’s one easy way to avoid the worry of whether or not you’d submit to a breathalyzer test, and that’s to always drive sober.