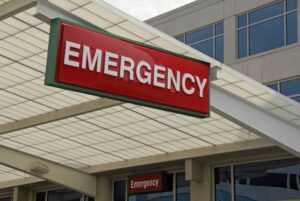 What happens if you crash your vehicle, are taken to the hospital unconscious, and police suspect you of drunk driving? You know hospital personnel will take care of you when you’re awake and able to talk, and they’re also responsible for your care when you’re unconscious.

But a lot can happen when you’re not able to answer for yourself after a crash, and one Utah drunk driving case has cast a spotlight on the specific drunk driving laws that may come into play in situations like these.

By now everyone has seen the video of nurse Alex Wubbels refusing to allow blood to be drawn from her unconscious patient after a car crash. The police officer requesting the blood draw arrested her for refusing, and the video was uploaded online and went viral shortly after.

The dust has since settled on the case and the police officer responsible has been fired, but if you’re wondering why Wubbels refused to allow the police officer to draw blood and what responsibilities did the patient have to submit to testing, even if he was unconscious, the answer is fairly simple.

This isn’t the first time the subject of blood draws without consent have come up in the United States. A case that went all the way to the Supreme Court ended with a ruling that a blood sample cannot be taken from a patient without consent or a warrant.

In this case the officer had neither a warrant or the patient’s consent, but what was on his side – he believed – was the patient’s implied consent.

What is implied consent? In Utah, just like in many other states, the very act of accepting a driver’s license means that you agree to submit to a blood, breath, or urine test should a police officer suspect you of drunk driving. That implied consent will apply if you’re pulled over by police, but experts weighing in on this Utah drunk driving case have said it doesn’t apply for a blood draw in the Alex Wubbels situation.

Only lawyers know how to interpret the specifics of Utah drunk driving laws, but it’s a good case for anyone to look at because it demonstrates the different ways implied consent can be interpreted in any state.

Friday fallout: How Much Damage Can A Suspected Drunk Driver Do?
Next Post: PSAs In Virtual World Could Stop Someone From Being Arrested For DUI