You are here: Home / News / Arrested For DUI In New Orleans? Go Directly To Criminal Court
February 27, 2017 by Matt Talley 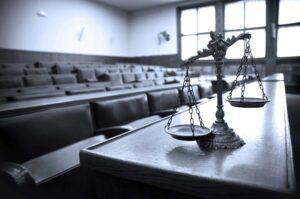 Louisiana has been tough on drunk driving since they passed an all offender ignition interlock law back in 2007. From that time on they’ve focused on ignition interlock compliance, checkpoints, and cracking down on offenders who repeatedly make the choice to drink and drive.

Now lawmakers in New Orleans have taken another step to toughening their drunk driving laws by switching where these offenders are prosecuted. While drunk driving cases have always been handled by the local traffic courts and via city attorneys, they’re now moving to  Orleans Parish Criminal Court and prosecutors working for the district attorney will handle the prosecution.
It’s a move that’s come for a few reasons. According to one report there are more than 14,000 open driving while intoxicated (DWI) cases in New Orleans right now, and incredibly some of those date back to the 1980s. Traffic court, given the sheer volume and variety of offenses, just can’t keep up with Louisiana drunk drivers.

There’s also a question of how smart it is for a traffic court to handle what many states see as a criminal offense. According to a report by the Louisiana Inspector General, drunk driving cases in New Orleans aren’t tracked well because records on these offenders aren’t being kept properly.

The move to a criminal court is a good idea for New Orleans, if only because if a drunk driving offender in Louisiana isn’t dealt with in a timely manner, they’ll never be subject to the penalty process. Because that process includes a one year driver’s license suspension and ignition interlock requirement, the drunk drivers who have been waiting in limbo for a conclusion may still make the decision to get behind the wheel of their vehicle. And if they decide to drive, they may also decide to drive drunk.

Speeding up the judicial process is just one more way that Louisiana can take control of their drunk driving problem, and if they can manage to clear the backlog of cases and process offenders in a timely manner, the state will have safer roads for everyone on them.