New York City, Why Aren’t You Installing Your Ignition Interlocks?

You are here: Home / Press / New York City, Why Aren’t You Installing Your Ignition Interlocks?
October 26, 2015 by Matt Talley 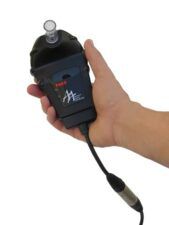 Way back in 2009, New York State passed Leandra’s Law. Named for Leandra Rosado, an 11-year-old girl who killed in a drunk driving crash, the new law required all drivers convicted of driving while intoxicated (DWI) in New York State to install an ignition interlock.

The only problem? It doesn’t sound like anyone is listening. After an audit by the New York City probation department, it was found that less than 5% of convicted drunk drivers have installed the required ignition interlock device in their vehicles.

Over 2,166 drunk drivers being supervised by the city probation department between September 2010 and the end of 2014 were required to install an ignition interlock. Out of all of those drunk drivers, only 111 complied.

Now that the information has been released, the probation department is under fire and they’re scrambling to explain. The department blamed the low installation rate on the fact that drunk drivers are opting out of driving their vehicles and taking transit instead. But the auditors haven’t found a link between DWI offenders and mass transit, and they cited an example where drunk drivers are driving on suspended licenses or borrowing vehicles instead of installing one on their car.

Clearly offenders in New York City need to do some catch up, because the 5% compliance rate for ignition interlock installation is well below the statewide compliance rate of 25.8%.

What will it take to increase the ignition interlock compliance rate of DWI offenders in New York City? DWI penalties are in place for a reason, and these drunk drivers need to be held accountable for their choice to drink and drive.