Some People Think They Make Good Drunk Drivers: Here’s Why You Don’t

You are here: Home / General Information / Some People Think They Make Good Drunk Drivers: Here’s Why You Don’t
January 13, 2016 by Matt Talley 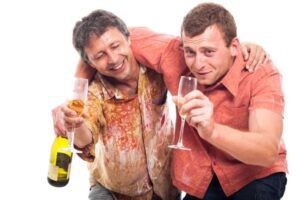 Yes, your friend might have told you they are just feeling buzzed, and could have also said they’re a great judge of their level of drunkenness. Maybe you’ve even heard someone say they know good drunk drivers that drive better when they’re drunk. Even if you’re only slightly skeptical of that statement, you’d do yourself a huge favor if you told them they were wrong. There are a lot of reasons why people don’t make good drunk drivers:

Even if you’ve only had two or three drinks, alcohol has the power to affect your judgement, and that means you could have a more cavalier attitude toward drunk driving than you would if you were stone cold sober.

False judgement can affect your speed

Do you know why people drive too fast or too slow when they’re drunk? Because that lack of judgement you experience can affect your ability to judge speed. You’ll either be driving less than the speed limit or so fast you’re a crash waiting to happen.

Your coordination has temporarily left the building

Why do drunk people have a hard time putting a key in a lock or walking after drinking? Alcohol affects your motor skills and a little thing called hand-eye coordination. Believe it or not, you really need those vital brain functions to drive too.

It’s a scientific fact that if you’ve had a few drinks in you, that alcohol disrupts your brain’s ability to make connections between your visual and muscle control. Even when you’re driving sober, if your vision is affected or you don’t have quick reaction time, you could end up in a crash. When you’ve been drinking, your driving suffers because what your eyes see can’t translate to movement fast enough.

No one drives better after they’ve been drinking, and there is no safe limit of alcohol someone can consume before driving. If you’re with a person who tells you they’re a great drunk driver, your best bet is to grab the keys, grab your phone, and find a sober driver as soon as possible. Your life, and their life, could depend on it.