Police Officer Hit By Drunk Driver, And It’s All Caught On Cam

You are here: Home / General Information / Police Officer Hit By Drunk Driver, And It’s All Caught On Cam
November 2, 2015 by Matt Talley 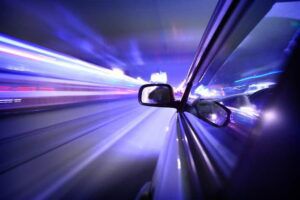 Drunk drivers are dangerous, and even the police can become rattled when dealing with them. From the officer who was dragged behind a drunk driver’s car to law enforcement who had to deal with the young man who set up his own checkpoint, you never know what you’re going to get when you encounter a drunk driver.

What the police might not expect to happen is to be involved in their own drunk driving crash. When that happened to one Florida police officer recently, he caught it all on his chest cam, and the video is a testimony to just how terrifying it is to be hit by a drunk driver.

Officer Eric Everley was driving his cruiser when a woman made a left hand turn right in front of him. She crashed into the police cruiser and his airbags were deployed. When he leaves the car he appears to be shaken, and once he opens the door to the vehicle that hit him, he finds the woman with the top of her clothing removed.

After asking her to fix herself, he discovered a bottle of open wine in the car with her. Although he goes to sit on the curb to wait for paramedics, he notices she has put her car in reverse and he has to get up and ask her for her keys.

The officer is injured and both he and the driver were taken to the hospital. Once released, the driver was charged with driving under the influence (DUI), driving on a suspended license, and refusing to submit to a blood test.

The driver may be treated differently because she hit a police officer, but under Florida DUI law, she should at least receive jail time, fines, a long-term drivers license suspension, and a required ignition interlock in any vehicle she drives.

It’s almost ironic that the people upholding the law could also be harmed by the very person they’re attempting to stop, but it happens all the time. Until people stop making the choice to drive drunk, everyone, including law enforcement, will be in danger.