Not Everyone In Colorado Is On Board With DUI Law

You are here: Home / Law / Not Everyone In Colorado Is On Board With DUI Law
June 14, 2016 by Editorial Staff 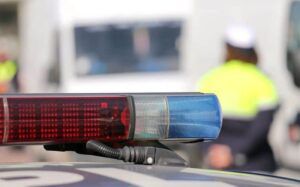 Over the past year DUI law (driving under the influence) has undergone some serious changes in Boulder, Colorado, and according to some, the changes haven’t been all good.

The debate over whether or not to even implement a felony DUI law had been going on in the state for years before it came into effect in August of 2015, but just because it’s officially a law doesn’t mean the debate has ended. A public defender in Boulder recently shared with a local paper that the felony DUI charges brought against offenders may not solve Colorado’s DUI problem, and could possibly make it worse by severely punishing the offender and not treating their alcohol issues.

The public defender’s reasoning was that in Colorado, the costs associated with incarcerating offenders are steep and the outcome for the offender once released is dismal. The offender also won’t receive the same alcohol treatment in jail that they could in an alternate program that allows an offender to avoid jail time.

There are currently only five states without a felony DUI law, and Boulder’s felony law is similar to others you may find in California and Montana. In Colorado a repeat offender with four or more DUI convictions will be found guilty of a felony. With a felony on record that offender can spend up to six years in prison.

Jail time and the costs of jail time are two of the reason’s why people object to felony DUI laws. On one hand, felony DUI laws put the offender away and hold that person accountable for the crime of repeat drunk driving. On the other hand, it’s much more likely that a felony DUI will derail someone’s life in ways that can’t easily be fixed. It’s harder to find a job with a felony on record, you can’t travel to a different country without special permission, and that person may go bankrupt paying off the fines, penalties, and costs involved in settling the DUI.

Despite the hardship the offender suffers because of the felony, it’s nothing compared to what an innocent person can endure at the hands of a drunk driver. When you put your keys in the ignition and drive drunk, severe injury and death are two of the most likely outcomes for you and anyone in your path. Although the debate over whether the laws are too harsh will continue, stopping these people with serious jail time and ignition interlocks when they are released should be the priority for every state.

Why Did I Just Fail My Ignition Interlock Test?
Next Post: Drake’s Law Ready For Signature In Minnesota