Colorado Cracking Down On Repeat DUI Offenders, and It’s Working

You are here: Home / Law / Colorado Cracking Down On Repeat DUI Offenders, and It’s Working
September 8, 2015 by Editorial Staff 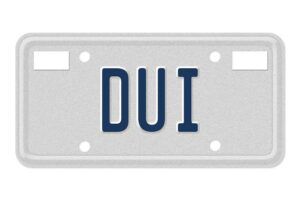 With every driving under the influence (DUI) law there will be opponents and supporters. The same people who criticize DUI laws because they don’t crack down on the worst offenders can be one in the same as the people who feel those offenders just need a better treatment plan instead of jail. That’s why it’s nice to see that the new Colorado DUI law is having an immediate impact, because now there is no question that the state did the right thing in passing harsher penalties.

The new bill was signed this past June and went into effect on August 5th, 2015. After years of debate, the Governor signed a bill that made it a felony to have a fourth driving under the influence offense. Before the new bill, you could receive an unlimited number of DUI convictions and you’d never get more than a short time in community jail.

Six short days after the new law went into effect, one repeat DUI offender is the first person in Colorado to head to jail over a repeat offense. It was her fourth DUI, and according to the local police who pulled her over, she was aware that a 4th DUI now qualifies for a felony in Colorado. Now that a fourth conviction will net the offender a possible felony, she could end up being punished by up to 6 years in state prison and a massive $500,000 fine.

Whether you support harsher penalties for repeat offenders or you think jail time doesn’t solve anything, the state of Colorado is definitely showing that they’re taking steps to address the problem of repeat drunk driving offenders.

It’s All Fun And Games Until Your Child Has To Drive You Home
Next Post: ATVs Are Really Dangerous If You Drink And Drive