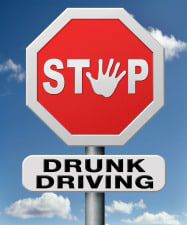 If you could jump back in time and visit the 1970s and early 1980s, you’d be looking at a different world. With limited knowledge about the dangers of drunk driving and no concrete laws in place to stop drivers from getting behind the wheel after drinking, alcohol-related fatalities and injuries were skyrocketing. Since 1982, agencies like the National Transportation Safety Board (NTSB) have been tracking alcohol-related crashes, and although there has been a significant decline, they’ve come up with a set of recommendations to stop drunk driving including a drop in the legal blood alcohol concentration (BAC) and a request that states be required to follow best practices for interlock devices.

In their report, ‘Reaching Zero: Actions to Eliminate Alcohol-Impaired Driving’ the NTSB discusses the differences between alcohol-related crashes in the 1980’s and 2011 by highlighting statistics showing how the country has performed as far as eliminating drunk driving. In 1982, 21,113 people lost their lives every year to alcohol-related crashes, and that number has decreased by 53% to 9,878 people killed in 2011. That’s a significant decrease, but according to the report, there’s still a lot of changes to be made to get the number of fatalities to zero.

The NTSB recommends introducing a lower blood alcohol concentration for all drivers, reducing it from the current standard of .08 to .05 across the United States. They’d also like to see an expanded use of interlock devices to prevent a drunk driver from operating a vehicle, as well as assistance for law enforcement at road stops by implementing passive alcohol sensing technology to easily detect if someone has been drinking and driving.

One further recommendation from the report is that the NTSB would like to see the National Highway Transportation Safety Administration (NHTSA) adopt best practices for interlock devices in all states, and provide state rewards for adopting the best practices.

It’s great that the fatality rate for drunk driving has been reduced by over 50% since the 1980’s, but if the recommendations put forth by the NTSB are any indication, there’s still a lot of work to be done in to reach their goal of completely eliminating drunk driving.