All Offender Ignition Interlock Law May Be Coming To Maryland

You are here: Home / Law / All Offender Ignition Interlock Law May Be Coming To Maryland
March 13, 2015 by Matt Talley 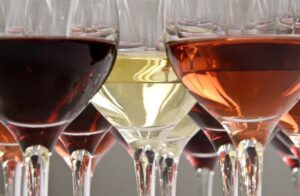 2015 may just the year of the ignition interlock law. Both California and Kentucky are looking to strengthen their driving under the influence (DUI) laws with new bills on the table, and now Maryland is considering doing the same.

Maryland DUI laws already include a list of harsh penalties including jail time up to one year for first offenders, fines up to $1,000, driver’s license suspension for six months, and the possibility of vehicle impoundment. If the driver is transporting a minor, the fines double – they’ll pay fines up to $2,000 and may be in jail for up to two years.

Mothers Against Drunk Driving (MADD) also stands in support of the potential new law, and with 141 alcohol-related deaths in Maryland in the past year, it can’t come a moment too soon. For more information on Maryland ignition interlocks, take a look at Guardian Interlock’s Maryland page.

How To Stop A Drunk Driver In Their Tracks
Next Post: St.Patrick’s Day A Deadly Day For Drunk Driving