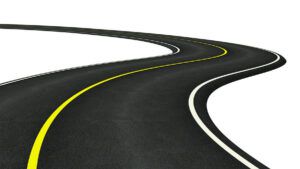 In Maryland you can be charged with driving under the influence (DUI) or driving while intoxicated (DWI). Although the two terms are used interchangeably in other states, in Maryland they have different meanings and different penalties.

You can be charged for DWI in Maryland if you register a blood alcohol concentration (BAC) of .07 or lower. A DWI is given to a driver when the arresting officer deems them too drunk to adequately perform a field sobriety test but they ‘pass’ the breathalyzer test by blowing under .08. When you receive a DWI you’ll end up with 8 points on your driver’s license and pay $500 in fines for first and second offenses.

If you have a BAC of over .08 at the time of your arrest, you can receive a DUI. In Maryland, a DUI charge means you’ll receive 12 points on your driver’s license, and that’s works out to an automatic suspension for the driver.

In addition to a driver’s license suspension for a minimum of 45 days, first DUI offenders in Maryland will also receive:

A second DUI offender in Maryland will receive the following penalties:

In Maryland an offender is also eligible for the ignition interlock program if they have a sufficient number of points on their driver’s license, are a repeat offender, or have violated a previous alcohol-related driving restriction.

With a DUI law for drivers who have BAC over .08 and a DWI law for those who are driving while buzzed, Maryland is dedicated to keeping their roads safe for everyone. Take a look at Guardian Interlock’s Maryland state page for more information on the ignition interlock program.