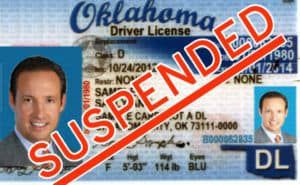 There’s trouble brewing in the world of Oklahoma drunk driving law, and it could have a major effect on how first-time DUI offenders are penalized after an arrest. The Oklahoma Supreme Court has just ruled that a new drunk driving law, the Impaired Driver Elimination Act, is unconstitutional.

Backing up to March of 2017, the Oklahoma State Senate passed new legislation that would change how a first time Oklahoma drunk driving offender would be treated under the eyes of the law. The new program was called the Impaired Driver Elimination Act, and it would allow first time offenders to reduce their driver’s license suspension from one year to six months when they install an ignition interlock in their vehicle.

If these offenders completed the program they would not have the charge appear on their driver’s license record, and that means they can continue to work, drive their family, and move on with their lives without having to lose jobs or take a bus.

This new law was signed by the Governor in June of 2017 and took effect in November 2017. Just one month later, the Oklahoma Supreme Court struck it down. They ruled that this new program, requiring ignition interlocks for first time offenders, violated constitutional guidelines.

Specifically, there are 17 sections in the new law that dealt with driver’s license suspensions, ignition interlock devices, and blood and breathalyzer test. Combined, they denied a suspect his or her due process rights, and because of that the new law must be struck down.

The decision was 5-4 and it was made by the Oklahoma Supreme Court, so it’s unlikely the law as it was written will see the light of day again. That’s unfortunate, because the bottom line with a program like this is that it offers offenders a chance to quickly get back on track with their lives after a DUI conviction.

With an ignition interlock on your car, the court will be satisfied you’re not going to drive drunk again. When you have that interlock you shouldn’t be tempted to drink and drive either, and having the option to have that DUI conviction cleared from your record is something many convicted drunk drivers would opt for.

What will the state of Oklahoma come up with to replace the Impaired Driver Elimination Act? Hopefully it will include ignition interlocks as an option for all first time offenders, because that’s the best way to stop a drunk driver from driving drunk again.