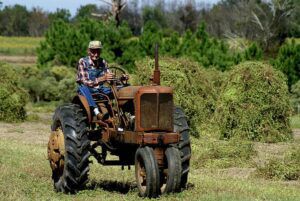 Yes, a tractor is a motor vehicle, but some motor vehicles are subject to different state classifications. In the case of a tractor, under Oklahoma DUI law a tractor is not considered a motor vehicle because it falls under the heading ‘implements of husbandry.’ Loosely translated, it means any device, whether it is self-propelled, designed, or modified specifically, to be used in agriculture or farming.

What’s the difference between getting stopped for DUI on a ride on lawnmower as opposed to a tractor in Oklahoma? According to Oklahoma DUI law, if it’s your first time getting stopped for drinking and driving on your lawn mower, you’ll receive anywhere from 5 to 10 days in jail, pay fines up to $1,000, and lose your driver’s license for a period of 30 days. You may also be required to install an ignition interlock device in any vehicle you drive, and because you can’t install an ignition interlock on a ride-on lawnmower, you won’t be able to drive it.

If you were caught drinking and driving on a tractor, you wouldn’t be subject to Oklahoma DUI law, but you could be charged with something else. What if you accidentally crashed into someone’s property or hit someone while driving your tractor drunk? At that point, the charges would be up to the police, and there are a lot of different charges they could levy that don’t include drunk driving.

The bottom line is this – even if it’s not illegal to drive a tractor while intoxicated in Oklahoma, it’s still dangerous. Anytime you drink and get behind the wheel of any kind of machinery, you’re taking a chance with your life and the lives of others. Stay safe while driving your car, your lawnmower, or your tractor and don’t drink before putting the keys in the ignition.