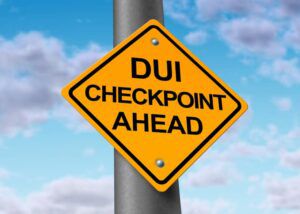 Now that the holiday are over and people have been focused on kicking off the new year, it’s a good time to look back and see exactly how much chaos was caused by holiday drunk drivers during the period of Thanksgiving to New Year’s Day.

In Minnesota, a state that’s been on the map over the past year for drunk driving laws, Supreme Court challenges, and issues relating to ignition interlocks, had quite the holiday drunk driving season. After law enforcement launched a campaign to stop drunk driving, they managed to arrest more than 2,400 people for driving while intoxicated (DWI). The good news? That number is actually lower than last year at the same time.

When the dust settled, there were a few highlights:

St.Paul was a drunk driving hot spot in Minnesota over the holidays, and after one police officer was hauling in his second DWI of the night he spotted yet another car that was driving erratically. When he pulled the driver over he saw that the passenger and driver were pulling the old switcheroo and exchanging seats. It didn’t matter though, because they were both arrested for DWI.

Drunk driving is one thing when you’re at .08, but it’s quite another when you’re hitting blood alcohol concentrations (BAC) of 0.15 and higher. But higher BAC’s were pretty common in Minnesota this past holiday season, and police arrested a man with a BAC of .25 driving with a young boy, another man who hit a squad car with a BAC of .245, and a driver with a .38.

Given the numbers of drunk drivers with high BAC on the roads in Minnesota, it’s no surprise that they require ignition interlocks for these types of offenders. Where they could improve is to pass an all offender ignition interlock law, making it mandatory for all drunk drivers to install the device in any vehicle they drive. That would prevent these holiday drunk drivers from driving drunk over and over again, and they’d seen an even lower drop in numbers from this year to the next.

Driving Drunk And Playing Pokemon Go Will End With You In Prison
Next Post: Friday fallout: Here’s What Happens When You Lose Rideshare Services