Proposed Florida Legislation Will Crack Down on Drunk Driving

You are here: Home / News / Proposed Florida Legislation Will Crack Down on Drunk Driving
July 31, 2014 by Matt Talley 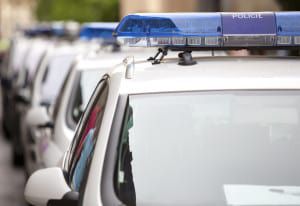 What do Texas, California, and Florida have in common? Besides being parts of the country with the hottest weather, these three states all have the highest number of drunk driving deaths. They also have the distinction of having an increase in the number of drunk driving deaths over 2 years – Texas leads the way with 1216 in 2011 and 1296 in 2012, California with 774 in 2011 and 802 in 2012, and Florida with 694 and 697 respectively.

Although Texas and California don’t have ignition interlock requirements for first offenders, a Congresswoman in Florida is trying to crack down on drunk driving by proposing new federal legislation that would not only require all first offenders to install the device, it would penalize states that don’t participate by withdrawing federal transportation funds. If passed, the deadline for complying with the new legislation would be October 1st.

Requiring ignition interlocks for first time offenders has been a hot topic for lawmakers across the United States. Mothers Against Drunk Driving (MADD) has come out in support of all first offenders convicted with a blood alcohol level (BAC) of .08 installing the device, and has incorporated ignition interlock installations into the launch of their ongoing ‘Campaign To Eliminate Drunk Driving.’ Citing research that shows ignition interlocks reduce repeat drunk driving offenses by 67%, MADD would like to see all states join the 25 states who currently support the device for first offenders.

There is opposition to the proposed legislation. The American Beverage Institute has spoke against the legislation as it’s written, stating that ignition interlocks should be only be used for hard-core repeat offenders and those with blood alcohol levels of .15.

Time will tell if the proposed legislation will receive a rewrite or pass as it stands, but given the high numbers of drinking drivers in Florida, Texas, and California, new laws to crack down on drunk driving can’t come a moment too soon.

Previous Post: « Mixing Energy Drinks With Alcohol Is a Bad Idea
Next Post: Check Out How These People Were Arrested For DUI