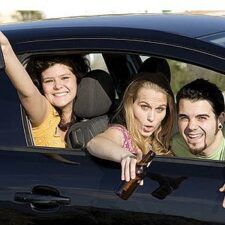 Prom, graduation, and the kick off to summer: it’s a busy time of the year for parents and teens, but it’s even busier for police. Because of prom and summer vacation, the number of teen drunk drivers on the roads multiplies.

That’s why it’s a good time for a reminder, and one mom in Minnesota would like that reminder to be in honor of her daughter Rachel. Angela Nguyen lost her daughter Rachel on her 19th birthday. She had just been given a new vehicle and she promised her mom she’d never drink and drive. Unfortunately she broke that promise, and she crashed early that morning less than two miles from her home.

The loss of her daughter spurred Angela to start a campaign called, “Rachel’s reminder! Never drink and drive” on Facebook. On the page she shares the story of losing Rachel and the stories of other adult and teen drunk drivers.

Rachel’s reminder is a simple set of guidelines for every teen that may consider drinking and driving.

There’s no guarantee that these guidelines will stop teen drunk drivers, but if you have the conversation you have everything to gain and nothing to lose.