How Not to Refuse a Florida Sobriety Test: Bite the Cop

You are here: Home / News / How Not to Refuse a Florida Sobriety Test: Bite the Cop
April 4, 2018 by Matt Talley 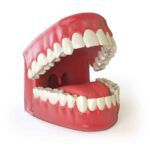 DUI patrol is not an easy job. It was particularly hard for some Leon County officers who responded to a call after a crash in Tallahassee. It appears an SUV had run a car off the road. The SUV’s  driver was unable to focus or speak.

Worse, when deputies tried to put her in the patrol car, she tried to bite them.

Eventually the officers had to call for backup to subdue the suspect.

The point is not that people should not bite police officers – though we stand by that rule as well. What’s  scary is that a person can get drunk enough so that she can’t finish a sentence, can’t control her actions, and can’t comprehend the trouble she’s in, yet she can drive a vehicle. And that’s the way it will be until some kind of technology arrives that prevents someone drunk from driving any vehicle.

As it stands, there is technology to keep drunks from driving some vehicles – those equipped with an ignition interlock. Right now 30 states mandate the devices for all drunk driving offenses. Florida does not – only first-time convicted drivers with a blood alcohol concentration (BAC) of .15 or over are required to use the device. With repeat offenders it’s .08, as it should be.

The extreme nature of this encounter underscores the danger that alcohol poses on the road. A driver who is not aware that she’s broken the law and caused damage is a driver who could easily kill. Fortunately, no one was injured. A bike path was nearby, so it could have been much worse.

Florida also does not require an ignition interlock for refusing a sobriety test – even if that includes biting the tester. Legislators need to get together in Florida and pass some new drunk driving laws.