Refusing Breathalyzer In Florida May Soon Bring On More Penalties

You are here: Home / General Information / Refusing Breathalyzer In Florida May Soon Bring On More Penalties
February 23, 2016 by Editorial Staff 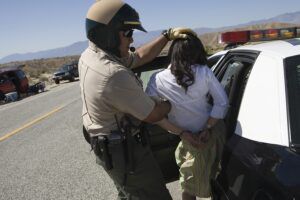 If you’ve never heard of implied consent, it’s a law that comes as part of the package when you accept a driver’s license. It means that if you’re arrested by a police officer who believes you’ve been driving under the influence, he or she can ask you to submit to breathalyzer, blood, or urine test to determine exactly what your blood alcohol content (BAC) is.

You can even be asked to take more than one test, and although you have the right to refuse, if you do there will be penalties. If you refuse the breathalyzer in Florida and it’s your first refusal, you will receive a one year driver’s license suspension. Although that might seem like a lot to some Florida drivers who decide to get behind the wheel drunk, lawmakers in the state want to increase the penalties and make it a even less appealing to refuse the breathalyzer.

Senator David Simmons has proposed a bill that would require anyone refusing the breathalyzer in Florida for the first time to pay a $500 to $1,000 fine, spend six months in jail, and lose four points on his or her driver’s license.

Those penalties are in addition to the one-year driver’s license suspension for first refusal or 18 month suspension for repeat refusals. If you refuse the breathalyzer a second time, you could also be charged with a first degree misdemeanor, fines up to $1,000, and up to one year in jail.

It might seem like a harsh penalty to anyone who drinks and drives in the state, but if Florida can reduce the amount of drunk drivers on the roads, it’s a step in the right direction.