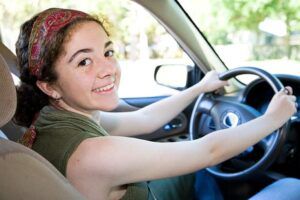 The coastal beaches in California are full of teens kicking back and enjoying their summer vacation, and not many of them are considering going back to school or even taking a quick summer course. But that’s exactly what the San Diego Police Department would like teens to do, and they’ve launched the SDPD Teen Alcohol Awareness Program to get teens back into the classroom for a little instruction and information on drinking and driving.

California DUI laws are strict for teens, and they have a zero tolerance policy for teen drinking and driving. The state has a good reason for that too—teens are four times more likely to be injured or killed in a DUI related crash than an adult driver.

The SDPD Teen Alcohol Awareness Program is designed for newly licensed teen drivers and those teens that just finished high school. In a classroom setting, these teens and their parents will have a chance to learn about the risk and costs of drinking and driving, and even give them a preview of what happens at a driving under the influence (DUI) checkpoint.

After the classroom instruction, parents of teens will be asked to leave. Once that happens the teens will be taken straight to a real, live sobriety checkpoint. When there they’ll see exactly what happens when someone is stopped for drinking and driving including the initial screening, how the police detain drivers they suspect of drinking and driving, and what happens when the offenders are arrested and taken to the police station.

These are the types of courses that can make all the difference for teen drivers. Maybe if they see a real checkpoint, they’ll decide against underage drinking and getting behind the wheel, or they’ll say no to a ride from a friend if they suspect he or she of drinking before they drive.

Kansas Needs DUI Reform, And They Need It In A Hurry
Next Post: Should You Refuse A Breathalyzer?