Yes, Even School Zones Are Hot Spots For Drunk Driving

You are here: Home / General Information / Yes, Even School Zones Are Hot Spots For Drunk Driving
October 13, 2016 by Matt Talley 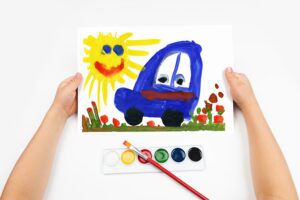 There are a lot of places you wouldn’t want to see someone drunk driving, but one thought that strikes terror into any parent’s heart is that of seeing one on the road in front of their child’s school. Because drunk drivers tend to weave across lanes, speed without thinking about it, and crash into other cars or objects, there’s no telling what could happen if someone decides to drink and drive in a school zone.

It was speed that caused a California man to be pulled over in a school zone, but it turns out he was a drunk driving too. Even worse, he’s the father of a student. Pedro Riveros from Santa Rosa was driving through a school zone on a Friday morning around 8:30 am. Although the posted speed limit was 25 mph, he was driving 40 mph. That’s when police noticed him, and they caught up to him after he turned into the elementary school parking lot.

When he got out of the car with his son in tow, the police noticed he seemed intoxicated. They let him take his child to his classroom, but shortly after he was arrested on suspicion of drunk driving. Along with another driving under the influence (DUI) charge to add onto his three previous DUI charges, Riveros was also charged with child endangerment, possession of methamphetamine, and violation of his probation.

A school zone drunk driving arrest is every parent’s nightmare, and having the person in the carpool lane turn out to be the drunk driver is probably something that’s hard to comprehend. It does go to show though: anyone, anywhere can make the decision to drink and drive.

Illinois DOT Gets Creative To Stop Drunk Driving
Next Post: Ignition Interlock Laws Exist Because of These Drunk Drivers