Simple Advice For Anyone Convicted Of DUI

You are here: Home / General Information / Simple Advice For Anyone Convicted Of DUI
April 18, 2015 by Matt Talley 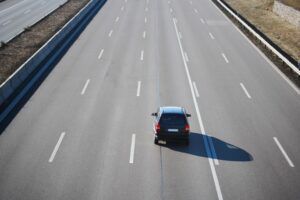 No one wants to receive a driving under the influence (DUI) conviction, but sometimes the personal sense of disappointment a person feels after they’re convicted goes hand in hand with a feeling indignation at the penalties they receive. Depending on the state, possible jail time, fines, driver’s license suspensions, and ignition interlock programs are likely penalties, and it can be hard to swallow when you feel as though all you did was make a mistake by drinking and driving.

But like all things in life, accepting your DUI penalties and moving on is a matter of perspective, and as far as your driver’s license suspension and ignition interlock are concerned, instead of looking at them as though they’re penalties preventing you from doing what you want to do, look at them as a way to get your life back in order. If you need a little help keeping this perspective, take a look at recent Indiana news article quoting one judge in Vanderburgh County, Indiana.

He only presides over DUI cases in Indiana, but Judge Wayne Trockman had simple but serious words anyone convicted of DUI in the United States should hear and bear in mind – driving is a privilege. It’s not a right that you as a citizen are entitled to: it’s something you earn by receiving a driver’s license and something you get to keep if you stick to the rules of the road.

It may only be a few words, but Judge Trockman’s simple advice has the power to change attitudes of people who drink and drive. Once people accept that driving is a privilege, odds are they’ll be happy to have an ignition interlock device as a tool to get their lives back on track.

Don’t Be The Star Of Your Own Crazy DUI Story
Next Post: Do You Know The Penalties For Aggravated DUI In California?