5 Important DUI Facts You Should Know

You are here: Home / General Information / 5 Important DUI Facts You Should Know
March 30, 2015 by Matt Talley 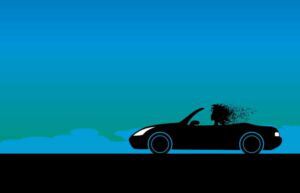 You’ve got your drink in one hand, your keys in the other, and you’re faced with a choice that could alter the course of your entire life. Putting your keys in the ignition of your vehicle after you’ve had a few drinks is the equivalent of rolling a pair of dice and hoping for a good run, knowing that you could lose absolutely everything in under a minute.

Part of the reason why some people make the decision to drink and drive is because they either don’t understand the possible outcome or they think it can’t happen to them. But driving under the influence (DUI) arrests happen every single day in the United States, and possible penalties that apply to everyone include jail time, fines, license suspensions, and, in many states, an ignition interlock program for all offenders.

Here are a few important DUI facts you should know if you’re thinking about drinking and driving:

In all states, the legal blood alcohol concentration (BAC) is .08, so if you blow .08 or less on a breathalyzer you’re safe, right? Wrong. Take New Mexico for example – if officers feel you are impaired to the slightest degree, you can be arrested for driving while intoxicated (DWI).

A DUI can cost thousands of dollars

From fines for just for receiving a DUI, administrative fees, ignition interlock fees, and alcohol rehabilitation classes, a DUI can cost you big bucks.

You can receive a DUI on anything motorized

People have been arrested for DUI on ride-on lawnmowers, snowmobiles, and even a souped up Barbie car. Just because you aren’t driving a car, truck, or van doesn’t mean you can’t be stopped for drinking and driving.

Only time will sober you up after drinking

Coffee, showers, eating a big greasy meal – these methods are promoted as ways to sober up quickly after drinking, but they don’t work. Your body can only process one alcoholic beverage every two hours, so time is the only thing that will work to eliminate alcohol from your system and make it safe to drive again.

Despite the myths, you can’t beat an ignition interlock device

There are videos on Youtube, suggestions on forums, and advice online on how to beat an ignition interlock device if you’ve had to install one. The simple facts are that these methods don’t work. If you want to pass your ignition interlock test, don’t drink alcohol.

The next time you’re tempted to drink and drive, think of these 5 facts and hand the keys over to a sober driver.

Moving Toward Zero Traffic Deaths In Colorado
Next Post: What If Every Car Had An Ignition Interlock?