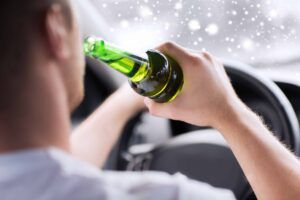 For an ignition interlock to work, only one thing needs to be done: it has to be actually installed in the offender’s car. Unfortunately this doesn’t seem to be happening as often as it should be. Take Queens, New York for example: the State Controller did an audit of ignition interlock compliance in the area and found that the Queens District Attorney’s Office was non-compliant. That meant they weren’t keeping track of whether the convicted offenders were installing their court-ordered ignition interlocks.

Out of all of the offenders, the audit discovered that only 20.3% who were court-ordered actually installed the device. This data was tracked since back in August of 2010, and to get around the requirement some of these offenders signed an affidavit saying they didn’t own a car or have access to a car anymore.

Turns out the DA in Queens didn’t actually check to see if those offenders were being truthful about not owning cars. It didn’t stop there though: when it came to the offenders who actually had the ignition interlock installed, turns out the DA didn’t let the court know when an interlock violation had occurred.

There are two major problems with this: if there’s no follow up on convicted offenders who say they don’t own a vehicle, you’ll never know if they’ve just decided to drive without a license. As for the violations, if you don’t hold offenders accountable for their violations, the penalty isn’t going to be as effective as it could be.

Accordingly to a spokesperson for the DA, the office is taking steps to ensure they fix the problems raised by the audit. That’s a good thing, because ignition interlocks only work if the offender is actually using one. Without an interlock, that offender is just another person driving on a suspended license, and we all know that can turn out badly very quickly.