You are here: Home / Law / It’s A Law! All Offender Ignition Interlock Law Passes In Texas
September 21, 2015 by Matt Talley 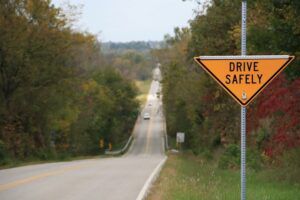 Texas has always had a reputation for doing things bigger than any other state, but some things they’ve been doing bigger aren’t something to be proud about. Texas has been leading the nation in drunk driving deaths since way back in 2013 when over 1,300 people died in drunk driving crashes.

The National Highway Traffic Safety Administration (NHTSA) estimates that drunk drivers cause an incredible 40 percent of all traffic deaths in the state, and it was a drunk driving crash that led to the bill that could put a stop to these senseless tragedies.

House Bill 2246 has had a long road to get to the point where it was signed into law, and when it came to be there was one person who was thrilled that something she never believed could happen had come to pass: Carol Levin, House Bill 2246’s biggest supporter, has been pushing for years for it to pass, and now that it is law she can finally feel as though she’s made her son’s death count for something.

In 2007, Todd Levin and his fiancé Raelynn Healy were stopped at a stop sign when a drunk driver plowed into the back of their vehicle and hit them while going 80 miles per hour. Both Todd and his fiancé died, and since that point his parents have been fighting to have people convicted of drunk driving be required to use ignition interlock devices.

When House Bill 2246 went into effect, all offenders who want to drive during their period of drivers license suspension will be required to install an ignition interlock device. Texas is now the 25th state to enact an all-offender ignition interlock law.

If other states with all-offender ignition interlock laws are any indication, Texas will be seeing a significant reduction in alcohol-related traffic fatalities. Every life matters, and thankfully Texas has finally found the way to stop drunk drivers from getting behind the wheel and driving again.