Friday Fallout: Stopped For DUI? Here’s What Not To Do 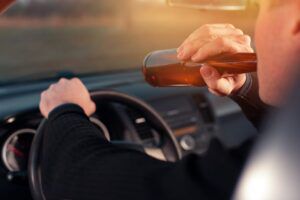 No one wants to be stopped for drunk driving, but it’s one of the many risks you take when you drink and drive. When you see those lights in your rear window or you drive through a checkpoint and you’ve been drinking, there aren’t very many options available other than pull over and see what happens.

But one offender in Alabama didn’t think he was out of options when he was pulled over recently. He was stopped in the center lane of an interstate when a police officer pulled up behind him. When the officer walked up to the car he found the offender passed out behind the wheel of the car.

When he woke up and the officer tried to question him, he decided that was a good time to flee the scene, and he ran straight for a bridge and jumped. He fell almost twenty-five feet, and because of that fall he was taken to the hospital with life-threatening injuries.

An interstate isn’t a safe place to pull over, especially in the center lane, and jumping over a bridge because you’re stopped for drunk driving is a really bad idea. Instead of running away, any offender in Alabama would be much better off if they just accepted the drunk driving penalties as they stand and worked their way toward a positive outcome.

Drunk driving is a choice. Let’s hope this offender lives to make a better choice the time he’s able to drive.

No, This Graduation Crash Wasn’t Due To Teen Drunk Driving
Next Post: Fourth of July Among the Most Dangerous Drunk Driving Days of the Year »