You are here: Home / General Information / Surprising Facts about College Age Drinking
May 30, 2014 by Matt Talley 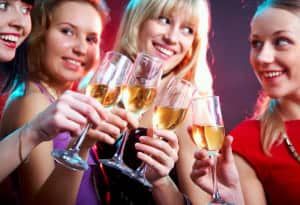 What percentage of college students do you think drinks alcohol? Half? More?

In fact, about 80% of college students drink alcohol.  If that doesn’t surprise you, this might: of those, about half participate in binge drinking which, studies show, creates a wide variety of problems. Binge drinking is a major cause of alcohol-related deaths. Students who binge drink are more likely to miss out on classes and score poorly on exams.  They also report higher incidents of assault, sexual abuse, unintentional injuries as well as suicide attempts. 1,825 students between the ages of 18 and 24 die every year from alcohol-related injuries. More than 97,000 students in the same age range are victims of alcohol-related sexual assault. Nearly 700,000 students in that same age range are assaulted or attacked by another student who has been drinking.

Male students tend to drink more. While female students consume about 4 drinks per week. Male students drink more than double that amount. Indeed, students spend an average of $50 a week on alcohol. This, perhaps, isn’t surprising considering that Americans spend $90 billion on alcohol each year.

What Police Look for When Giving DUI Tests
Next Post: The NFL Has a DUI Problem »