It’s Not Easy, But You Need To Talk To Your Teen About Drinking And Driving

You are here: Home / General Information / It’s Not Easy, But You Need To Talk To Your Teen About Drinking And Driving
August 6, 2015 by Editorial Staff 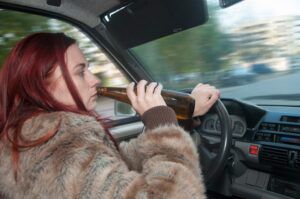 It’s never easy talk to your teen about drinking and driving, but with summer here, it’s never been more necessary. Because the summer months involve no school, a loose schedule, and a lot of hanging out with friends, your teen may be open to the idea of underage drinking. If they are open to the idea of under age drinking, they could end up making the choice to drink and drive.

According to Mothers Against Drunk Driving (MADD), car crashes are the leading cause of teen death, and one quarter of those crashes involve an underage drinking driver. You might not be worried that your child will be the one doing the driving, but when it comes to keeping your teen safe, you should prepare for any possibility.

Here are a few ways you can talk to your teen about drinking and driving.

Make your feelings about drinking and driving known

Experts say that you should let your teen know how you feel about underage drinking and underage drinking and driving, but when you do, don’t come across as lecturing. You could share the statistics on teen crashes in a matter of fact way, and let them know you’re concerned something could happen to them if they make the wrong decision.

Let them know you’d notice if they’ve been drinking

Some teens think they can slip past their parents and they won’t notice that they’ve had a few to drink, so letting them know that you’d definitely notice is a good idea. That way they’ll think about the consequences before they drink.

Peer pressure is a big deal when you’re a teen, and sometimes your child could feel coerced into drinking or getting into a car with someone they know has been drinking. If you come up with strategies to avoid situations where there may be alcohol, you won’t have to worry that he or she will make the wrong choice when pressured by friends.

Talking about underage drinking and teen drinking and driving isn’t an easy conversation, but to keep your teen safe, it’s one you should consider having as soon as possible.

Is This The World’s Smallest Breathalyzer ?
Next Post: Reminder: Report Drunk Drivers