Teens Actually Listen, So Talk To Them About Underage Drinking

You are here: Home / General Information / Teens Actually Listen, So Talk To Them About Underage Drinking
June 9, 2016 by Matt Talley 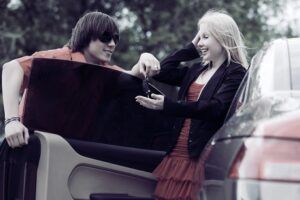 How old do you think your kids should be before you talk to them about underage drinking? You might feel like if you talk to them when they’re too young, you’re opening Pandora’s box and your son or daughter could start to think about drinking with their friends. But if you wait until they’re a lot older? You might be too late, and the window you had to share your disapproval will have passed.

That’s why officials from the Department of Public Health and Human Services (DPHHS) Prevention Resource Center in Montana are encouraging parents to talk to their children early about the dangers of underage drinking and substance abuse. They want parents to know they should get involved and stay that way, because studies have shown that parental disapproval is the number one reason why kids will say no to drinking.

How old should your child be when you talk to them about underage drinking? Studies show that parents should start in Grade 8 or when your child is 13. Having those two years of conversation before your child starts to drive will help ingrain the dangers of underage drinking, drinking and driving, and substance abuse.

Did you hear about the drunk driving arrest/crash that happened….

It’s horrible but true: just look through the news online and you’ll have no trouble finding drunk driving arrests or crashes. Sharing one with your teen could make an impact.

Talk to your teen when his or her friends are over

Sometimes the best conversations can start when your teen is relaxing with friends at your house. Asking them a few questions about the latest party and whether anyone was drinking could help you make a point about how dangerous it is. It’s also a great way to let your teen see that maybe his or her friends aren’t into underage drinking either.

Not only is underage drinking dangerous for teens, it can lead to alcohol abuse as they grow older. Give them the best start and the tools they need to make healthy decisions about alcohol by talking to them when they are young. They might not like to hear it now, but they’ll thank you when they’re older.

Judges And Drunk Drivers In New Mexico Monitored By MADD
Next Post: Here’s How Ignition Interlocks Are Used In The USA